My doctor asked me what reason I needed to be paranoid. Well, I’m standing in the Etihad stadium, surrounded by Mancunians, some Man City fans, some Man Utd, as a known Cardiff City fan, the day before the England v Wales match. I had posted my relationship status on the Stone Roses facebook fanpage and subjected myself to ridicule, and now here I am, on my own in this volatile crowd with a current relationship status of “without partner”. There’s your starter for ten, doc. 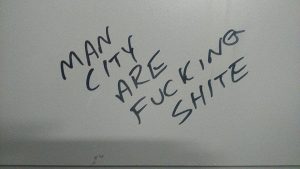 One of the most bizarre gigs in the history of mankind, this one. Nobody really knew except the Stone Roses and maybe their fans why they’d picked the Etihad as the venue. Stone Roses fans might have expected they should play Old Trafford, but after all, it was Ian Brown himself who said that tribalism is a bad thing. 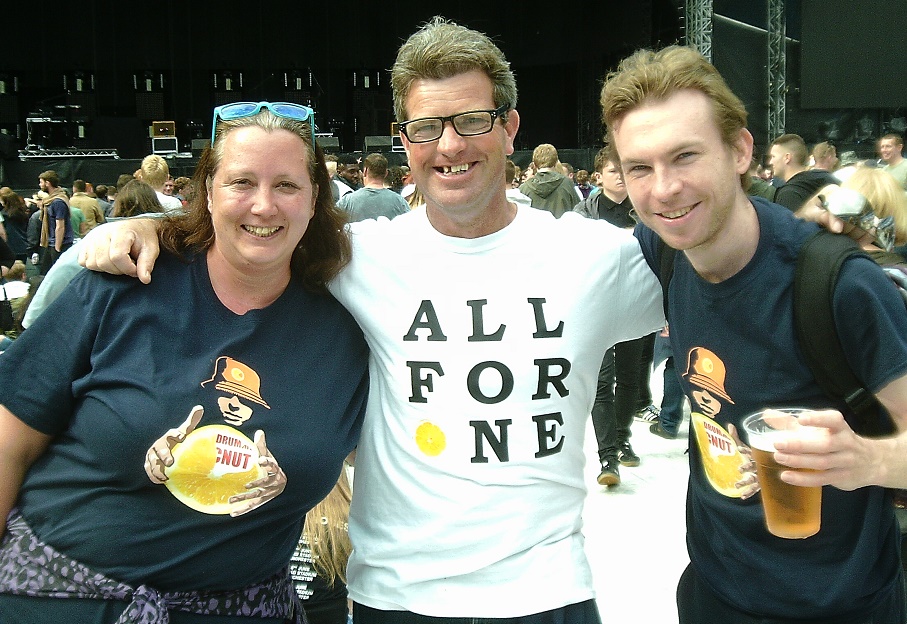 But are not Roses fans a tribe? It certainly seemed so. We have a good bill as support, but it was kind  of, no offence, but we’re here for one band only. I think fans warmed to Blossoms, and were then not especially won over by Chronixx, though hands were waving as they played Bob Marley. Down the front and it began raining bottles (mostly empty) just prior to Public Enemy which was entertaining, and miraculously I caught one slung bottle which earned a ripple of applause. The vibe got more serious as PE were about to take the stage – how would the crowd react? I think it was mostly respectful, and fists saluting the band were raised, but as Flavor Flav went into the routine of speaking out against racism, it was, as I say no offence, we ain’t racist, we’re just here to see someone else.

I’d been mostly on my feet since the 4pm doors, so I took a bit of a rest then on a seat at the back. But once the Roses finally took to the stage, Fisk woke up and marched hurriedly, almost a run, like a child running down a beach to the sea for the first time. Fisk was coming through and there was no stopping him now. He walked straight into a group of undoubtedly local supporters who were all in their element.

I was so far back, I could only see the band on the big screens, but I could hear them and they sounded phenomenal, and this particular section of the crowd was completely loved up – it was totally beautiful. This one lass was offering threesomes as she danced and all I could say was “sounds wonderful” as I continued to dance. But now I needed professional help, it seemed, so I turned away again, and finally I saw someone I knew – a nurse from my own home town – so she came to the rescue and I took half a valium in her company to calm my nerves.

I don’t need to tell you what songs were played – you know. But they all sounded fantastic – easily the best ever for me. My fear was transformed to a feeling of ecstatic happiness as the hits rolled out. It was “All For One” that I wanted to hear the most, and that came around midway through the set. Visuals were great which helped the enjoyment no doubt for anyone wherever they were. The time was literally flying past.

But I could take no more and I knew I needed to get out, and I found myself leaving just before Resurrection to beat crowds and headaches. At the station, I met a kind Cardiff City fan who said I couldn’t stay with him as it was his and his wife’s anniversary, but if I made it to Crewe, he’d treat me to lunch. A kind offer, but I phoned another friend, and my brother came to the rescue, and he was my crisis team for the night.

In the waiting line just before the gig, I’d told a young couple behind me (her first ever gig!) that for me The Pixies were the best live band in my humble opinion, but after this experience, I’ve had my mind changed once and for all. The Stone Roses have proved without a shadow of a doubt that they can take any stage large or small, right or wrong.