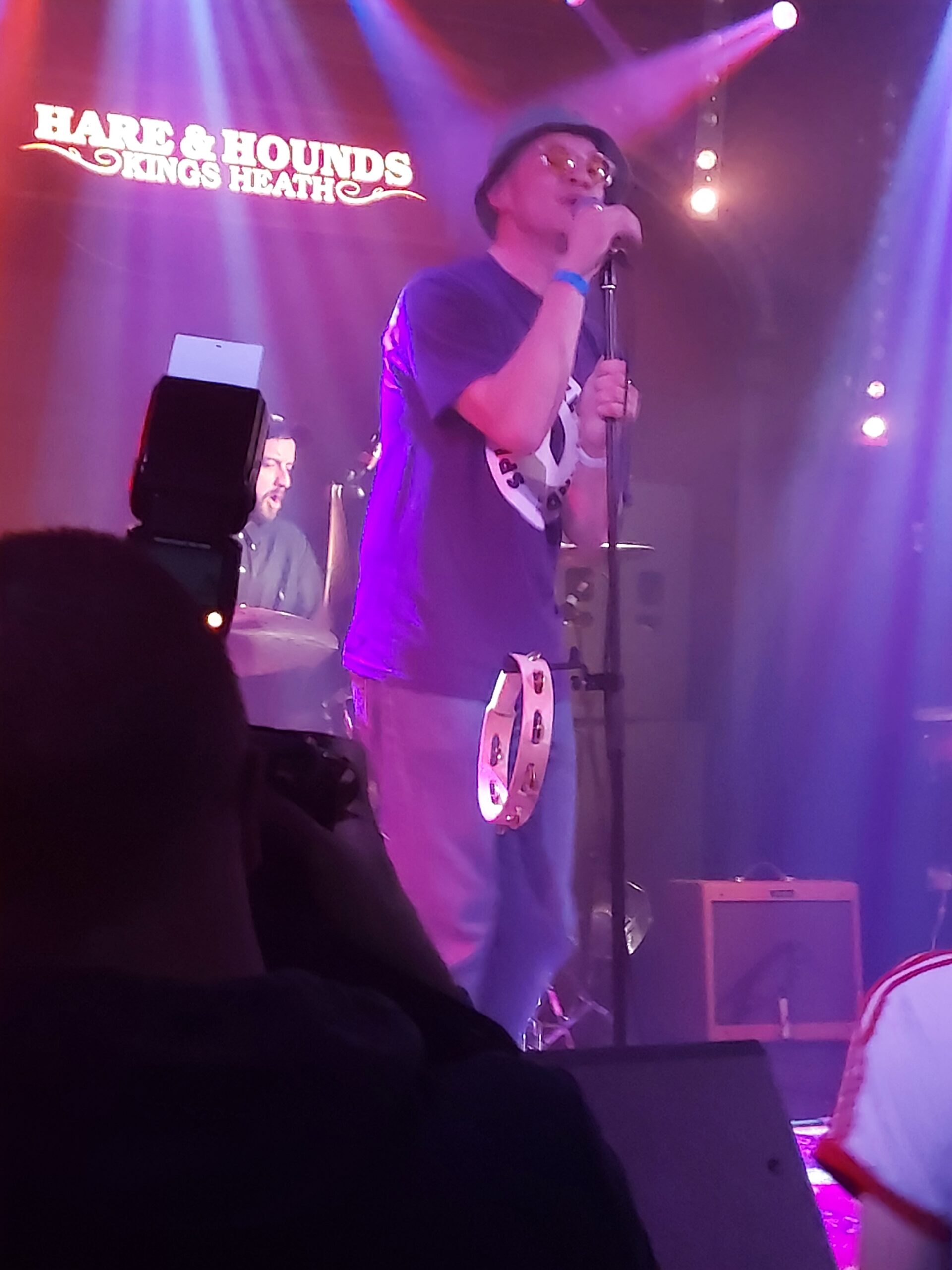 This was my final little outing in the space of five days, which also saw me go to see Cardiff City twice (away to Coventry and at home), and even hot-footing it up to Edinburgh for a cricket match.

Me and a mate made it to the venue with time to spare, aided by the Satellite Navigation system. The Hare and Hounds in Birmingham is a really nice pub. The pub itself is very smart, with plenty of original fittings and fixtures, with a more modern venue bolted on to the side, which is a nice little space.

First up were Pastel, another band on the DIY label, Spirit of Spike Island. They had actually cancelled their last supporting slot, I think due to a bereavement, and the guitarist/backing singer did not look in best shape as they were about to begin. Just a few moments in, he asked if we wouldn’t mind if they had an extra ten minutes to compose themselves.

Perhaps they should really have cancelled this gig as well, but on the other hand, once they did come back on again, they seemed to manage very well.

Pastel sound very much like The Verve, perhaps just a little too similar. Of course countless bands have sounded like, for example, The Beatles, and got away with it, so should it necessarily matter that they are essentially copying another band who were after all very successful and well-loved? I don’t really know the answer to this question. What I do know is that the band look very young. They’re clearly quite talented musicians, so maybe with a bit of time they might find a more individual style.

So not long after, the hotly tipped Afflecks Palace take to the stage. My only criticism of Afflecks Palace is that their marketing can sometimes seem a little too aggressive. They frequently post on Manchester/Stone Roses fan pages and the posts tend to be accompanied by messages along the lines of “You must listen to this amazing new band and follow them on Spotify now!” I mean, of course it’s a tough old world, the music industry, and trying to get a message across is difficult at the best of times.

Comparisons have been made between Afflecks Palace and The Stone Roses, but personally I think they sound more like another Manchester band, The High, who were a bit more jangly.

I would say that Afflecks Palace are not as serious-sounding as The High were though. I think they’re trying to introduce a party element to their live gigs, and singer J Fender’s between song-banter was actually quite funny. His confidence as a frontman comes across well.

Without doubt, Afflecks Palace have a number of very good songs. Two from their second EP, Pink Skies and Ripley Jean are two highlights for me (I wonder if Ripley Jean might one day become as iconic a name as Sally Cinnamon or even Eleanor Rigby?!). Forever Young (the one that got the ball rolling) from their debut EP is also great,  and other songs from the forthcoming album all sounded decent.

The only thing I think Afflecks Palace lack at the moment is a very, VERY good song: that song that could see them catapulted into pop’s stratosphere and adopted by more people, something like an Only One I Know (i did wonder if they could consider adding a keyboard player to the band), or Northside’s Shall We Take a Trip. Northside, a band I never saw live, are another band Afflecks Palace could be compared to, with a similar psychedelic 60s feel.

One reason Afflecks Palace are going to find it more difficult to break through is that it seems they’re trying to do this essentially on their own. When The High, Northside et al were around, it was of course during the Madchester hay day and any new Manchester act was going to be instantly slavered over by press and punters alike simply because the scene itself was just so popular and anything new was instantly lapped up (it just so happened that nearly every associated band was also bloody brilliant).

Towards the end of the gig, J re-iterated how they were doing this all off their own backs, with no managers, agents etc, which earned a round of applause. I got to speak to him at the end of the gig and asked if a big label did come knocking, would he jump at the chance? He seemed to be genuinely unsure if he would. Who knows how the future will pan out, but without doubt, with as an enjoyable live set as they have at the moment, I think we can definitely expect bigger and better things for Afflecks Palace. It definitely seems as if they want to succeed, but unlike back in the Madchester days when bands often became successful almost overnight, Afflecks Palace may need just a little more patience if they want to progress from cult heroes to household names.