My girlfriend had a fault, so I thought I’d go along to the relationship repair shop. I spoke to the woman in the shop:

“Yes, my girlfriend has this fault, wonder if you could make a few suggestions?”

“Ok, well, what is the fault exactly?”

“Well, the main problem is, if she’s away somewhere and I try to call her, she often doesn’t answer the phone or answer texts.”

“Hmm. Yes, I can see that could be a problem. It is a common fault. What do you plan to do about it? Have you thought about replacing her, and getting a new girlfriend?”

“I must admit, I have thought about it, but you know, girlfriends don’t just grow on trees, and besides, apart from this one fault, she is a pretty terrific girlfriend. I’m not sure if I’d want a different one.”

“Do you think you could put up with the fault?”

“I could potentially tolerate the fault, I suppose. She does after all nearly always still come back to me after a night out, etc.”

“What if you I could get you exactly the same girlfriend, but without the fault, do you think you’d be happy then?”

“Well, yes, I suppose that’s true in a sense. I have to say, in most respects, she is quite an awesome girlfriend.”

“Well, it’s good you think that, but maybe what you need to consider is that girlfriends are not like CD players. They are not going to just automatically behave perfectly as you expect them to. And unlike CD players, if they develop a fault, you can’t just go out and buy a new one that’s identical.”

“Yes, I suppose you have a point there.”

“Out of interest, when your girlfriend doesn’t respond to texts, what do you do then?”

“Well, quite often I can get into a bit of a rage, and I then send her some quite angry mean texts.”

“Well that’s not very nice is it? Your girlfriend is out enjoying herself – for once without you! – and all you can do is be nasty?”

“You don’t think maybe it’s you who has the fault and therefore your girlfriend has every right to contemplate replacing you?”

“Yes, maybe you’re right. You don’t think she’d do that, would you?”

“Well, I don’t know, I wouldn’t blame her if she did. If you keep being suspicious of her, why shouldn’t she? If you bash a CD player and it develops a fault, you can then replace it easily, but if you do thinks that are hurtful to your girlfriend, you’re not helping things for either of you.”

“Unlike CD players that are expected to behave exactly how we want them to, but after all, are not particularly versatile in their range of capabilities, people are not. We all have different good points and bad points. If you’re in a relationship, you have to learn to put up with the good points and the bad points. Some you can change, some you can’t.”

“Yes. So what do you suggest I do now then?”

“Well, it depends really. If your girlfriend is able to accept your faults, you might be lucky enough that she will continue to be your girlfriend. I would go and see and talk to her and see if she’ll have you back.”

“Yes, I might do that. Thanks for the advice.”

And with that, I left the shop. 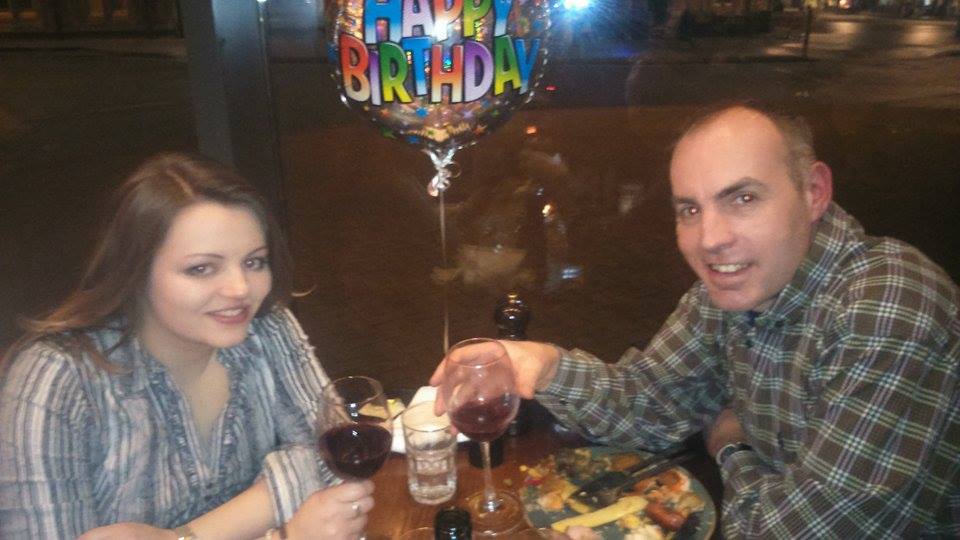